A deliberate tactic to prevent the girls from seeing his face. She gripped the pole again, moving against it like a lover, doing a bump and grind, letting her breasts sway. She didn't much care about the fact that she was nearly naked and her body was on show. In fact, she'd long since ceased to see her body as anything more than a tool, a vehicle she needed in order to get herself to this point.

A weapon that would help her bring down the man sitting in that chair. She didn't need a gun in order to kill a man. She could do it unarmed, had done so before, and would do it again. She'd kill him. She'd get the information she needed from him, and then she'd take his life as he'd taken Thalia's.

And after that? Well, she didn't much care what happened after that. Her life wasn't exactly a valuable commodity to anyone let alone herself. Temple faced him again, trying to penetrate the darkness as she moved.

Movies on TV this week: Sept. 29: ‘Almost Famous’ and more

It was next to impossible to see anything. If she wanted to see beyond that damn light she was going to have to get out from under it. Which was going to be tricky. They'd told her to stay near the pole, that she wasn't to approach him on pain of death. They'd probably shoot her if she did. There was no one else in the small room, but she didn't make the mistake of thinking that meant the man in the chair was unguarded. She could defend herself against most attacks but not from bullets, and certainly not in her current outfit.

But then she wasn't aiming to kill him yet, and she wouldn't be able to here anyway.

No, she needed information first. And the only way to get that was to get closer to him, literally and figuratively. Perhaps she could fake a stumble? Fall off those stupid heels? It might put at risk her chance of being chosen by him, but then at least she'd be able to see. She was weighing up her options when very suddenly the music stopped. Caught in mid-grind, she blinked. Every instinct she had pulled tight, and she straightened, her body subtly tensing. Readying itself to launch into defensive mode.

There was a strange silence, full of the sound of her own heartbeat, already slowing in preparation for a fight. A beautiful voice, American, though she couldn't tell the region. For some reason it hit her like a kick to the gut, and she felt herself tense even more.


As if that voice was a threat, a ribbon of the deepest, softest black velvet wound around her throat. She swallowed, an instinctive reflex. You're not. Not once. That had been a rookie move. A thread of concern wound through her. She could not fuck this up. Not now. Forcing herself to look away from him, she glanced down at the floor instead.

The whole room had been carpeted in thick, expensive, dark-blue carpet, except for the area around the pole, which was wood. Another silence. Then there came the sound of fabric rustling, the chair creaking as he shifted in it. A strange shiver chased over her bared skin. That voice, that goddamned beautiful voice. It was like a spell he cast. Anger stirred, because being actually affected by him was the very last thing in the world she wanted, and it was a struggle to fight it down.

She had to though. Any sort of emotional reaction wouldn't help her here. Could she squeeze out a tear? Maybe she could. W-what are you going to do to me? I don't know —". We both know you're lying. Boredom certainly wasn't what she was after. Okay, so clearly her lack of fear had intrigued him. Perhaps that hadn't been such a dumb move after all. Slowly Temple put her shoulders back and lifted her head, stared through the blinding light of the spotlight to the shadow in the chair.

No, I'm not afraid of you. He was watching her, she could feel it. Except his focus had shifted, had become sharper, more intense. She fought not to fidget, something she hadn't done since she'd been a little kid. It made no sense at all to feel a small thrill shoot down her spine at the implied threat in those words.

Then again, considering how dull the last three or so years had been, maybe it wasn't any wonder. Just contract after contract of easy pickings. Dirtbags and assholes who'd needed taking down.

All in aid of perfecting her skills for this final showdown. She'd been working toward this for so long, and getting to this point had been surprisingly easy. Disappointingly so. She was hoping for more.


She was hoping for a challenge. Temple lowered her eyelashes. And maybe I'm not the one who's scared either. It was a calculated risk to be so blatant. To reveal her lack of fear when every girl who came in here must reek of it. 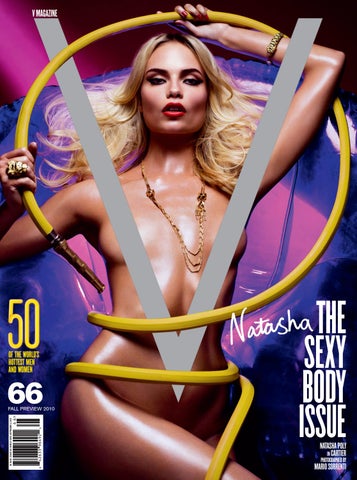 It would prompt all kinds of questions.